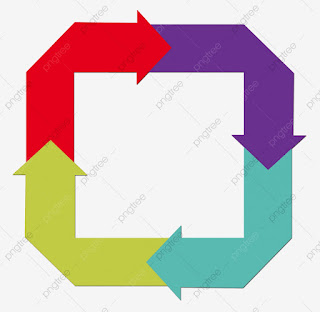 So I’ve noticed an extremely familiar pattern with white men who mistreat black men.  It seems to happen so much, it’s scary.  It keeps happening over and over and over again, and it’s hurtful.  I’m not going to lie, it’s easy to write this blog when I’m angry, because the blog helps me vent my frustrations.  But when I’m hurt, like deeply hurt, I feel cynical and a bit defeated.  I often feel like I’m screaming in the wind, because I don’t know if anyone is listening to me.  I don’t know if anyone will learn the lessons I’m trying to impart on the gay community, but sometimes you just gotta’ say it.

So if you haven’t figured out the theme of my next book: Grinding While Black, it’s an indepth analysis of how white men mistreat people of color.  When I was writing my previous book, Grindr Survivr, I had a lot of insights.  I was trying to adjust to a world where Grindr was now the predominant form of meeting other queer men, so there was a lot for me to learn.  As I write Grinding While Black, I feel super depressed, because it only reinforces what I already suspected – that the gay community has serious racism issues.  But moreover, as I write more, I see the issues so much more deeply, and I do often feel very depressed, because if anything, in writing this book, I see the racism issue is much deeper than I ever feared.

But this pattern keeps coming up, and it’s disgusting to me.  It’s also deeply hurtful.  I’ll elaborate more in my book, but here is the pattern.

1. White Men Do Something Rude, Insulting, Hurtful to Black Men

Now, I freely admit, gays in general can be mean and catty.  There is often tit for tat.  Men of all races can be jerks.  But I’ve noticed a particular nastiness when white men interact with Black men.  There is almost an entitlement mentality or a license where they feel free and at east doing messed up things.

* Saying things that are absolutely racist and/or disgusting.

* Using Black Men (who have a certain degree of wealth) for their money!

* Picking a Fight Out of Nothing, after a person of color has bent over backwards to be nice to them.  (I’ll say more about this in my next blog – the myth that white men are looking for the perfect Negro).

2. The Black Man Responds to this Insult with Anger – Which is Perfectly Normal

One of the greatest burdens that white people put on Black people is the burden that we can never be human.  We can never be imperfect, for fear of upsettingn white people who might shun us or punish us.  This is particularly evident in a business environment.  I remember when Deval Patrick was running for Governor of Massachusetts.  I went to hear him speak, and he commented on “I know what it’s like to be the only black man in the room.  You think I can pound my fist on the table?  I always have to speak softly and remain calm no matter what.”  It’s the same with dating though.

White people treat us like crap and we’re not allowed to get angry about it!

I’m sorry, I can’t always live up to this impossibly perfect standard.  In fact, I wear it as a badge of honor.  If no one ever protests how white men treat us like garbage, white men won’t learn.  In fact, I’m writing this blog and book in order to encourage more people of color to call out white men about how they mistreat Black men.  It's too easy for white men to dismiss one Black guy as "angry," but if enough of us start singing from the same hymn sheet, then some white people MIGHT begin to learn and question how they place a tremendous burden on people.

3. The White Men Uses This Anger in POC to Justify Their Mistreatment

White people love to do fucked up shit to black men, and then say, “See there.  I knew you were angry and crazy all along.  I was right to do or say [insert disgusting behavior].

4. White Men Then Go Around to Other White Men and Play the Victim

This part is the most disgusting of all.  I’ve seen white men do horrible things to me and my friends, and yet, somehow they can always twist it and pervert it into a situation where they are somehow the victim.  No.  You did something fucked up to a Black guy.  He rightly called you out.  And rather than be in communication about it, you use it as a justification for their bad behavior.

And then they run to find solace from other white people.  And they say "See there.  I gave the Black guy a chance," and when he reacted terribly to [X behavior], he got all angry.  That's why I'll never date one of them again.

And the problem is, most white people are sympathetic to this immature logic and don't bother to question the guy about what he did to set the Black guy off in the first place.

Here are things I’ve very RARELY seen a white man do for a person of color...

Take Responsibility for What They Did.

Look, I wrote a book about how people of all races are treating other unkindly because apps allow them to do so and not pay any social consequence.  But when one race of people has all the privilege that society can offer, it is not uncommon that certain people will treat those without that privilege as disposable or less than.

Queer Black Icon James Baldwin once said “I would never want to be white, because the burden of living in so many lies [about how they oppress others] would destroy my soul.”  Ask the Indians/Indigenous people about that.

Is every slight onnline racist?  No.  Obviously not.  But white people's resistance to even looking to CONSIDER whether their behavior has a racist element is extremely telling to me.

It seems that despite all the privilege the gay community can offer, white men just can never even begin to even attempt to apologize.  I have a whole chapter about this in my previous book, so there is no point re-writing it here.

But if every black man you've dated is left feeling like you didn't give them a fair chance at dating, maybe it's not all the Black men who are the problem.  Maybe it's you...

Actually Try to Work The Issue Out

Again, this has never happened in recent years.  Again, not every example of walking away is racially tinged.  But as I said, white resistance to looking at it, let's me know that the issue is there.  Moreover, as I wrote previously, you can look at your dating history and see if you have implicit biases.  So if you have a racial bias, and you're treating people of color like crap, would it kill you to apologize?

But the fact that white men are so quick to walk away is also telling.  It's another means of letting us know that we have no value other than the sexual gratification we can provide to white men in the moment.  Getting snarky and blocking the Black guy is a way of demonstrating you have no desire or commitment to dating the person of color or even hearing his concerns.

You did something to hurt him.  And he was probably just trying to connect with you.  And if you don't like his response, you owe it to him to at least CONSIDER how your rude behavior set him off.

But did you ever try to communicate and work out the issue?

It's literally only happened to me once over the past year and a half.  So I don't even see the point in writing about it.  Let's take a second to examine WHY you never bothered to try to work it out.

As I’ll put in my next blog, the white man isn’t actually trying to work out the issue with the person of color.  He is looking for a convenient justification to alleviate his guilt for doing something that made the person of color feel like crap.  But behind that, the situation is more dire.  I would assert that in a fair number of cases the white man was looking for a reason not to connect with the person of color, because he never had any intention of dating someone who wasn’t white in the first place.  They use people of color like an experiment.  They want to do a few dates to prove they are “woke” or that they are not racist.

The problem is if the person of color has all of the qualities that the white man says he wants – minus the white skin, then the white man finds himself in a pickle.  He doesn’t want to date the Black guy, but he doesn’t want to confront his own racism and his unwillingness to commit to a man who isn’t white.  So he goes looking for a reason to pick a fight or do something obnoxious that will offend the Black man enough that he will react negatively, giving the white guy the justification he needs to walk away with smugness and the mentality, “See there.  I gave the Negro a chance, but his anger issues stopped us.  I’m so not racist.”

So white men say they are open to dating a person of color so long as [insert long laundry list of items that they would never apply to another white man].  As long as the Black man doesn’t have this laundry list, their white guilt is alleviated, because they can say “I’m not racist, I just didn’t connect with the Black guy because he wans’t what I was looking for.”

But when they find it, they are left with one inescapable conclusion: they just don’t want to date someone who is not white.  This is a very uncomfortable conclusion.  So they exhibit classic white fragility and do crazy things to avoid this uncomfortable truth.

But this is one reason why if a white guy asks me on a date, I ask him if he's ever seriously dated a person of color.  I can't send this blog to every potential suitor.  But if I know he's got a pattern of working on his issues and he's okay with communicating with a person of color.
But hey, what do I know... I'm just the "angry / crazy Negro" who's screaming at the wind -- but I'm an angry Negro with a doctorate from Harvard.
Posted by GrindrSurvivr at 2:40 AM