So this next chapter is not going to make any sense unless you have seen Star Wars: Return of the Jedi, in particular the scene where Luke Skywalker confronts Emperor Palpatine.

If you haven't seen it, here it is:  https://youtu.be/PqaiKmm8gsY 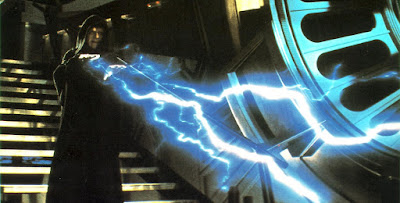 If you haven't figured it out, I'm a bit dramatic, and I'm a massive sci-fi geek.  So in the scene, Luke Skywalker is battling his inner demons, and he's deciding whether to give in to hate and surrender to the "Dark Side of the Force" aka the Villains, or whether to remain good, even if it costs him his life.  Now that you're schooled on my geekiness, you'll get the analogy I'm going for.

While I was working away in a distant land for a psycho boss, I did not have much time to date.  But I did have three dates with three unbelievably gorgeous guys: one was a model; one was a singer; the other was a poet. All had faces that could sail a thousand ships.  None of them were massive douchebags or had obvious personality problems (well, the model was a bit crazy - no surprise there).  But I had a pleasant date with each of them.  But during each date, a still small voice inside my head kept saying to me, "I'd rather be with Greg."  And I left each date, knowing that they weren't right for me, but I wasn't going to kick them out of bed, was I?  At this point, Greg and I had only sent a few text messages, and I had no idea what was going with him: I was fearing he was in a relationship with someone else.

But I didn't care.

Now the Grindr Tip for my readers is obvious:  If you're on a date with a hotter guy, and you're wishing you were with someone else, that someone else is a keeper!  And if you can, build a relationship with him!

But I had no idea how Ungrateful Greg would react.  In fact, I knew there was a 99% chance he'd turn me down.

I knew the road was perilous, I knew I would probably end up humiliated (and now I'm compounding that humiliation by sharing this experience with my readers).  Like a scared but determined Luke Skywalker, I approached Emperor Ungrateful in his chambers.  [Just go with the visual, right] 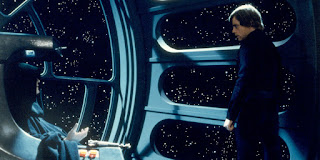 The Dark Side of Grindr and Dating Apps:

The dark side of Grindr is that it makes everyone superficial.  You're never satisfied with what you have, because you're always looking to shag someone hotter.  People lie and tell themselves "I'd settle down if I met the perfect guy," but the perfect guy never comes along, or if he does, then he's not that interested in anyone else who doesn't look equally as perfect -- or he's just a fucking moron.  And so we compensate for our insecurities and loneliness by spending more time on Grindr looking for someone to temporarily fill the hole in our heart (and the other hole too, lol...).  And as Michelle Visage says, "Getting filled and being fulfilled are two entirely different things."  But in that moment, I knew I had broken Grindr's spell over me.  I didn't need to have the hottest guy on the planet to be happy.  I didn't need to keep searching for the "next best thing."  I wanted Greg, and him alone, warts and all.  I was ready to cut off everyone else and commit myself to building a life with him.  I never said all this to him, as I could tell he wasn't open to that conversation.  But I expressed it in who I was being at the time.  I was a stand for building an awesome relationship with an awesome man (or so I thought), and I went into a dire situation and said my piece.

And just as Luke Skywalker tossed his lightsaber away, refusing to commit murder, I knew that I could toss Grindr aside for good.  That cycle that had tormented me for years was broken.  I was a Jedi.  A big homosexual Jedi.  (Imagine an effeminate Obi Wan Kenobi saying "Let the force enter into you."  lol)  The dark side of Grindr had failed to kill my heart.  I was a new man.  And I confessed my feelings to Emperor Ungrateful...

After some serious prodding, he agreed to meet me to discuss what had happened.  He sat politely and listened.


But you guys already know what's about to happen...


If you haven't seen Star Wars III: Revenge of the Sith, check out this clip here: https://youtu.be/Q_7KaMDHoGs?t=2m50s

Emperor Ungrateful extended his hands and with his powers, gave me the worst jolt I had had in years. 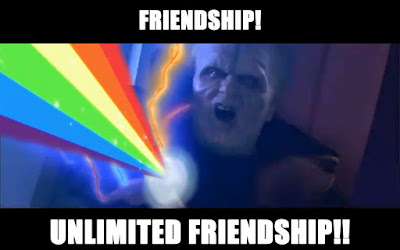 The pronouncement was so final.  His attitude was so resolute - so unmoved by anything and everything I had done for him in the past.  His demeanor was so cold.  He gave me no new insights into why he had cut me off.  And he didn't seem to think it was unreasonable.  He didn't have much sympathy for what I was going through.  I could tell he really was over and had no intention of even giving me one date - despite him being single.  He'd rather walk the lonely world of dating apps alone then try to reconcile with someone who loved him passionately.  This attitude was a lightning bolt that knocked me to the floor and had me writhing in agony.  But unlike Luke, there was no other Jedi there to save me.  Each of his pronouncements was like a bolt to my heart.  It's one thing for someone to dismiss you when they're dating someone else, but to dismiss you when you're single and literally have no one better to date.  God damn!  That cold blooded - particularly when the majority of people think I did nothing wrong or that a snarky text message shouldn't be a capital offense.

Now, I freely admit I'm being hyperbolic here.  I think Ungrateful Greg's desire to be friends is mostly genuine.  He's not an evil monster, and he did give me an opportunity to talk and get closure.  And if he were a total user, he would not have done this.  But I had to set a scene up for you guys, so you could get my point.  Forgive this gay man for adding a bit of dramatic flare.

How am I supposed to be friends with a guy who tells me he'd do anything for me, and then cuts me out of his life completely three weeks later?  How can I be friends with someone who said "I need some time to cool off" but was secretly determined to kill all his feelings for me - no matter what I did to make amends?  How can I be friends with someone who only messaged me on Instagram, because he felt guilty about how he left things?  How can I be friends with someone who said I look at relationships with a transactional a lens (which there might be some truth in that), but this same person kept all of the said gifts without ever offering to return any of them - when I gave them under false pretenses that he did not live up to?  I don't see how Ungrateful Greg can get on a high horse about not being materialistic, while literally living a better life because of me.  And it's not like I'm trying to buy him off.  But haven't I demonstrated that I'm someone worth investing in?  (Particularly, when the main disagreement was me taking a job in a distant city and sending a mean text)

The sad thing is, I know in less than three years, Greg will look back and go "What the fuck did I do?"  But by then, it will be too late?  Why am I so confident in this assertion?  Because four years ago, I was in the exact same boat.  (See my blog post on pushing people away)  Why do you guys think I wrote Grindr Survivr.  I let a few good ones slip by, and then after being crapped on by ass-holes for years, I was like "Something's gotta' change."  But that's the gay circle of life.  I'm sure Greg will grow, but for now, I'm laid out on the emperor's thrown room, looking like crispy fried chicken for all the lightning bolts.

My love and light is all but extinguished.  I felt pretty devastated.  It's rare, but only when I break up with someone I truly love, does the pain becomes debilitating.  It's like I'm paralyzed, and my only outlet is writing.  And while that helps a little, it doesn't fill the hole in my heart.  But the next day, I woke up; the sun was shining.  I went to the gym -- gotta' get my pecs looking great.  I asked a very hot guy out on a date, and he said yes.  And I realized, I'm still Luke Skywalker.  Just because Greg didn't reciprocate my feelings doesn't mean I can't conquer the dark side of Grindr again.  But don't get me wrong...  For the next few weeks, I'll be swimming through the dark rivers of Grindr like I was Tom Fucking Daley. 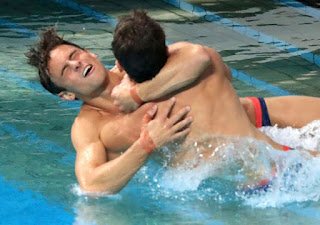 But don't worry... As I said in the last book, Grindr is a tool.  It's a technology; it's how we use it that makes it good or bad.  And yes, I'm hurt.  Yes, I'm in A LOT OF PAIN.  I'm not ashamed of taking a major risk on love.  Physically I'm no worse off (and my bank account isn't either).  And what if things had turned out differently?  I'd be in a completely different world right now full of amazing possibilities.  And that possibility was worth the risk.  Like I said, I just have to find someone who's willing to take big risks on me.

So don't worry... This Jedi will rise again. 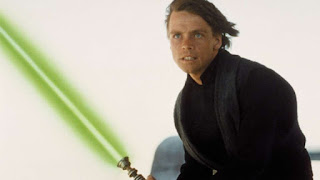 But my readers should be asking, if you were in a similar situation, what would you do?  How would you react?  What risks would you take for an awesome relationship?  What, if anything, can you learn from my experiences?


Posted by GrindrSurvivr at 1:20 PM