Do You Subconsciously Push People Away


In times of pain, I often find myself reflecting.  Usually, I'm trying to create a rule or get an insight that will help me avoid repeating similarly painful events in the future.

But I've been pondering my last two relationships that have ended, and in both cases, I wondered whether I subconsciously pushed someone away.


Let's jump back a few years, I was dating a veterinarian.  His name was James Tiller (not really, but I made it up).  On our first date, I asked him about what it felt like to put down animals, and he said that usually the animals were in a lot of pain, so he thought of his actions are alleviating suffering rather than taking a life.  I asked what percentage of animals did he put down, and the number was shocking.  So in typical Andrew fashion, I quipped, "James Tiller, you're an animal killer."  He looked annoyed for a second and then bust out into laughter.  From then on out, I would tease him, James Tiller the animal killer.  Hide the puppies, y'all!  He's coming for them."  Eventually, my mom -- who is a massive dog lover, made me stop using that nickname.  "You don't know what it's like to have a pet get sick and have a vet make them all better.  I don't know where I'd be if my vet wasn't there for Buster when he got sick." 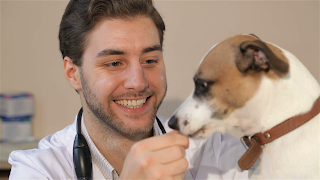 Anyway...  James Tiller was a typical scientist.  He was very emotionally distant.  He seemed more comfortable in a lab or with animals than he did with me or with people.  He was a tad awkward, and he never talked about his feelings.  Moreover, he'd often go for days without texting, which annoyed the hell out of me.  Have you seen that movie Fantastic Beasts and Where to Find Them, based on the JK Rowling Harry Potter Franchise.  Let's just say, I can't watch that movie, because it hits too close to home.  I don't think it's politically correct to throw around the "A" word, but my mom would often say "Maybe he has a touch of Asperger's."

James was cute, but not as cute as other guys I had dated.  And I couldn't get rid of that nagging feeling "I could do better."  And part of me felt like he was just too robotic to make me happy.  We had a LOT of arguments about his communication skills or lack thereof, but to his credit he made real progress on that.  Things improved, but part of me still felt like "This guy isn't the one."  And for weeks, I would think of "How am I going to break up with this guy?"

Eventually, James gave me an out.  He went to a club with a dark room.  I went apoplectic.  At first, he denied doing anything in the dark room.  But the Judge Judy in me came out and I raked him over the coals until he confessed to doing something.  He seemed genuinely remorseful.  And lord knows, this wasn't the first time a guy had cheated on me.  (I had forgiven the previous boyfriend for numerous offenses)  But I had my out.  I broke up with him.  He gave me a good solid reason for breaking up, where I looked like a saint, and he looked like an ass hole.

Now I don't excuse the cheating, but I can't help but wonder on some level whether I pushed him to do it.  I was always looking to find a way out.  People pick up on that.  Your attitude and demeanor speak volumes.  People can tell if you're not really into them.  And I know that I didn't make James feel loved and secure in our relationship.  And I wonder if on some level, James went out, got drunk and found someone who really fancied the pants off of him.  Again, I'm not saying his cheating was my fault.  But emotionally, I can be responsible for creating a space where James did not feel loved.  And for that I am truly remorseful.  I should have broken up with him, and let him find someone who could give him happiness.  But I kept him around like a safety blanket.

But now, it was over.  He begged for a second chance, which I denied.  I told him we could be friends - not really meaning it.  But something happened. 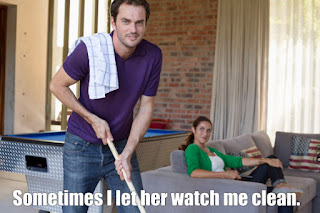 Never in my life has a man pursued me the way James did.  He would come over and cook for me.  We'd play video games -- and yes, we occasionally fool around.  And after a while I started thinking "Why is no one else treating me like a princess? Why am I letting all these other guys treat me like shit when James is knocking down my door."  And so after a few months, James' persistence paid off, and we got back together.  But this time I was paranoid, and rightly so.  I let James know that I didn't trust him, and he seemed understanding of that.  But his solid efforts were winning me over.  I could feel myself starting to fall in love with James.  We had even planned a trip to Florida together as a couple.  But part of me was still suspicious that he might be a cheater.  So one day, while he was in the shower, I went into his phone.

And guess what I found...

Oops, she did it again!

James hadn't fucked anyone, but he made out with another guy at a club.  I was like "God, damn it."  Now, I was truly pissed, because this time, I was actually falling for him, and he ruined a good thing.  But we were trapped.  The Florida tickets and hotels had already been booked and were non-refundable.  We went there as "friends" but we fought the whole time.  It was miserable at times, even though we took some amazing photos that made it look like we were in love.  But when we left I vowed that this time it was truly over between me and James.  But he didi it again.  He banged down my door.  It wasn't that he was a psycho, but that he was just willing to be with wherever I was at.  If I just wanted to be friends, he'd be friends with me, even though I knew he wanted more.  His continual kindness wore me down for a third time, but this time my heart really wasn't in it.  We continued to fight, and the arguments got more intense.  I knew in my gut our relationship was a zombie.

Were My Prayers Answered? 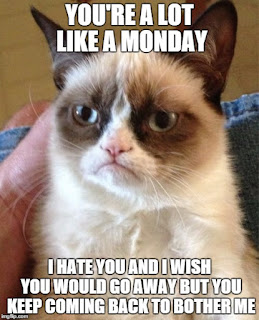 I've never told another person this (least of all James), but I would literally pray at night "Please just move away.  Go somewhere far away.  I know we're not working together, but we can't seem to quit each other.  Just go away."  You bitches would not believe what happened next.

A month later he told me he accepted a job in Australia.  Mother fucker.  My prayers were answered.  Now, do I believe I have magical powers?  No... Because I've been praying for a few of my ex's to get struck with Polio, and I've been praying that I'd win the lottery.  And I've prayed repeatedly that Republicans would lose at the ballot box.  I never got any of these things.  But again, I can't help but wonder, did I subconsciously push him away?  I don't know if James will ever read this book - probably not.  But I never told him that I was secretly praying for him to move away.  And then he got the Australia job.  On some level, he must have intuited that I didn't want him around. And he went some where far away.

So he moved to Australia.  We stayed in touch for a little while, but he suddenly cut me off.  Again, remember, he wasn't good at expressing himself.  Dollars to donuts, he met a new boyfriend and needed space away from me.  I would have respected that, but I thought it was kind of cowardly and childish not to come out and say it.  He just sent me a very weird email saying I wouldn't hear from him for a while.  And he and I have never talked since.  That was over three years ago.

So now I was liberated.  Single and ready to mingle.  But I wasn't accustomed to how seedy and vile people had become on Grindr.  And the resulting two years were absolute hell for me.  Hence, me writing Grindr Survivr: How to Find Happiness in the Age of Hookup Apps.

Now James may be an exceptional person.  But how many people have you subconsciously pushed away?  Spend some time and think about the last few people you dated for more than a month.  Did you do things to make them feel unloved or unwanted?  Did you jump down their throats for no reason?  Did you secretly push them away?  Give yourself a shady point for every person you've done that to.

Hell, let's go through your phone right now and look at recent chat messages.  Look at where someone was genuinely interested in you, and you couldn't be bothered to text back.  That could have been a boyfriend who cooked and cleaned for you, but you were too busy chasing someone hotter.  Give yourself a Shady Point for every person you didn't text back?

Now go through your apps, whether it be Grindr, Tinder, Chappy or Hornet.  Look at conversations where the other person was doing most of the talking.  They were giving you details, asking questions about you, and really trying to engage you in a meaningful conversation, and all you could mutter out was "WBU?"  Give yourself a shady point for every one you've done that to.  And for some of you bitches, that's a lot of points you just amassed.

The key is to see how we subconscious push good people away.  If the relationship isn't working, then we need to say so, man up and be single.  But we shouldn't keep people starving for emotional crumbs that we withhold in a stingy manner because they're not hot enough or they lack whatever quality we think they should have.

James fucked up royally.  But I just believe in my core that he wouldn't have cheated if I had made him feel more loved.  But I'm not going to lie, if I had one relationship to do all over again, it would be him.  Just two three days ago, I was whining and complaining that no one takes a risk on me, but James did - more than any other person I ever met.  And only now, with a lot of distance, do his actions move my heart in a way that it didn't at the time.  He took a monumental risk on me.  Did he fuck up?  Yes.  But day, after day, after day, he was there for me in a way that no other gay man ever has been.

People will inevitably disappoint you.  People will make mistakes, big ones.  You cannot find true love without getting hurt.  But if someone is willing to put in that kind of effort, it's worth a long hard look.

Think hard before pushing a good guy away.  It literally could be YEARS before you find another one.